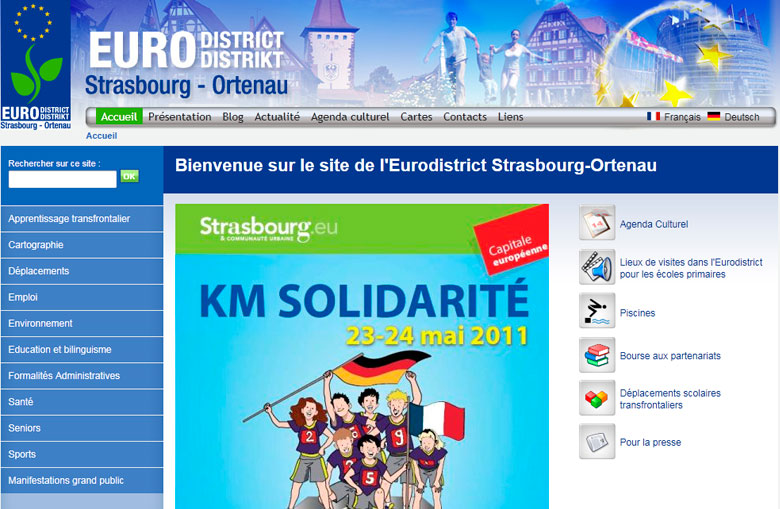 With the « Lahr Resolution » of October 11, 2008, the Eurodistrict Strasbourg-Ortenau has given a new impetus to the Eurodistrict approach, and its members have decided to give it a legal structure and its own budget, thereby making possible the geographical extension of the Eurodistrict to the French SCOTERS.

Among the primary objectives retained for the new structure, is to have a positive impact on the lives of all inhabitants of the territory, whether or not they lead a cross-border existence, as well as laying the foundations of an innovative Eurodistrict with the eventual goal of becoming a real cross-border inter-communality functioning according to the principle of co-decision.

They also hope to consolidate the European dimension of the city of Strasbourg, where European institutions and organizations are based, as well as developing the current cross-border cooperation.

In order to accomplish these objectives more easily, political representatives have decided to set up new decision-making structures and new operational structures within a European Grouping for Territorial Cooperation (EGTC), to create a common secretary in Kehl and to replace the unanimous agreement principle with the simple majority voting of electors on the Council of the Eurodistrict.

Also, in accordance with the partners' will and in consideration of the advice expressed by Messrs. Cottin and Vetter, mandated by national governments, it has been decided that citizens on the territory would be closely associated with the Eurodistrict development through public consultation.